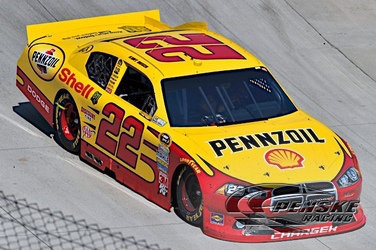 NEWS FLASH!!! Shell-Pennzoil Dodge driver Kurt Busch will be a special guest on Friday night’s edition of “Trackside” on SPEED TV. Join Steve Byrnes, Larry McReynolds, Jeff Hammond, Darrell Waltrip and guests as they work hard and play hard to bring a fun and insightful show LIVE from the track. Friday night’s show will be live and is scheduled to begin at 7:00 p.m. EDT.

Kurt Busch and his Steve Addington-led Shell-Pennzoil “Double-Deuce” Dodge Team will be racing their “PRS-744” Dodge Charger this weekend at Pocono. “This is the car that we debuted at Vegas back in March and ran again in April at Texas,” said team engineer Dave Winston. “We led laps and finished in the top-10 in both races. We’ve massaged on it quite a bit the last month in getting it ready for Pocono.” Busch first ran the car in the March 6 Kobalt Tools 400 at Las Vegas Motor Speedway where he started 22nd and finished ninth. The team ran the car again in the April 9 Samsung Mobile 500 at Texas Motor Speedway where Busch started 10th and finished 10th, leading the race on five occasions for a total of 50 laps. The “PRS-738” (Phoenix car) will serve as the backup Dodge Charger at Pocono.