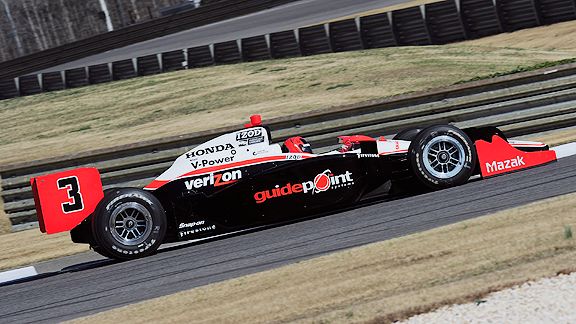 Editor’s note: This is the first installment by three-time Indianapolis 500 winner Helio Castroneves, who’ll be writing periodically for ESPN.com throughout the 2011 Izod IndyCar Series season (as told to ESPN.com motorsports writer John Oreovicz).

Hello, everyone, and thanks for stopping by to read my first column for ESPN.com. I’m excited to share my thoughts about the 2011 Izod IndyCar Series, and everyone at Team Penske is very optimistic about what we can accomplish this year.

Hopefully there will be a lot of victories and other good stuff to talk about! It’s been a long offseason — it’s been basically five months since I was in an Indy car.

That’s one of the toughest things for us, but it is what it is. That’s the nature of our sport at the moment as IndyCar tries to control costs by restricting testing. But I believe that will change for 2012, when the series introduces a new chassis and engine package.

The good news is that we’ve had basically the same car since 2003, so it wasn’t too difficult to get comfortable behind the wheel again after the long break. It’s just a matter of adapting to the weather and getting your timing back. For example, imagine if you played tennis for a hobby and you went six months without playing. When you first come back, you feel the ball is coming at you a bit too fast, and you lose a bit of your timing to hit the ball. 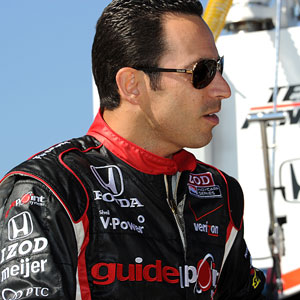 But after a bit of practice, you end up getting back your rhythm. That’s very similar to driving a race car. Initially, approaching the corners can be a bit tough, but after half a day, you’re back in the groove again. Your muscles are a bit sore, especially in the neck and the shoulders, because even if you do a lot of exercise and training, you’re still using different muscles when you drive the race car. That’s something most people don’t realize.

But the long offseason has been cool for me because I spent a lot of time with my family. My little girl is 14 months old now, and it’s awesome to see her grow. Those things are priceless, and I’m very glad to have those memories. It’s wonderful the way children teach us to have patience about things that maybe we weren’t patient about before. Being a parent changes your priorities — the kids come first, and you become the second option!

At Team Penske, we have a lot of good news to share entering the 2011 season. The team had sponsorship from Philip Morris for more than 20 years, and I was so honored to be a part of that family. I am very fortunate to say that I drove with the red and white colors. Unfortunately, there is an end to everything, and that era of one of the sport’s most iconic sponsorships is over.

But with that comes new opportunities for new companies to become a part of Team Penske and be associated with Roger Penske’s great history in racing. Now we have several new partners: Shell/Pennzoil, GuidePoint Systems, AAA/Auto Club of Southern California, Izod and PPG will all be primary sponsors on the Team Penske cars this season, to go along with Verizon, and we also have new associate sponsors like Meijer stores and Coca-Cola. We have so many new partners that I have to practice remembering them all, and I’ve been doing a lot of training to understand their products, which has been quite an amazing experience.

I’m very fortunate to be entering my 12th year with Team Penske, because not every driver is able to maintain such a long and productive partnership. It’s tough for several reasons when you see drivers like Tony Kanaan and Dan Wheldon struggling to find a ride. First, Tony, especially, is a good friend. Second, you never want to see anybody in that position, including yourself. Third, they are very talented drivers who should be able to find good rides and continue in the series. It just shows that we are still feeling the effects of the tough economic climate, but we still have one of the most talented fields we’ve ever had in the IndyCar Series.

I believe that the teams and the league need to continue working together to build up the IndyCar brand. We’ve definitely seen some growth, but the TV ratings still need to improve. We have a good television package, but compared to other series — especially NASCAR — there is a lot of work to be done to improve the ratings. IndyCar CEO Randy Bernard has been doing some terrific things to increase exposure, like the $5 million bonus if a driver from outside IndyCar wins the season finale at Las Vegas. They have adjusted the rules to make the racing more exciting for the fans, and we’re doing everything in our power to increase the interest.

Overall, I’m really excited to start another season with Team Penske. I’m pumped, because I think our three-car Team with Ryan Briscoe and Will Power as my teammates is going to be stronger than ever. Will has brought a lot to the team, and that has been very good for me. It made me change my style of racing a little bit; he taught me to be more aggressive and try some different lines through corners that I maybe wouldn’t have thought of or didn’t expect would work. I thought we had a very positive atmosphere last year, and we want to have all three Team Penske drivers fighting for race wins and the championship again.

Certainly the goal this year is for the team to win as many races as possible, naturally including the Indianapolis 500. If we can do that — especially on the 100th anniversary of the first Indy 500 — that would be a dream come true. They say records are made to be broken, and I really hope to emulate my hero, Rick Mears, with a fourth Indianapolis 500 win. If it happens, we can celebrate on the radio, because Rick is my spotter, and I know he will be cheering for me. I remember when I won my first Indy car race in 2000, Bobby Rahal told me, “Welcome to the club.” So hopefully Rick will have the chance to welcome me to the four-time Indy winners club.